Variational Analysis, Dynamics & Operations Research, or VADOR for short, is a small but dynamic research unit lead by Prof. Aris Daniilidis. Nestled within the TUW´s Institute for Statistics and Mathematical Methods in Economics, VADOR offers courses and research opportunities on a variety of  themes relating to variational control and operations research, among them optimal control theory, game theory, optimization techniques and the application of operations research in economics.

The research unit is also responsible for the organisation of the highly respected Viennese Conference on Optimal Control and Dynamic Games, now in its 15th iteration, which attracts scientists from around the world to Vienna and the TUW. 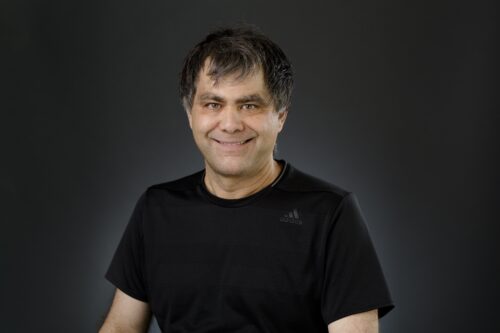 Prof. Aris Daniilidis and his team 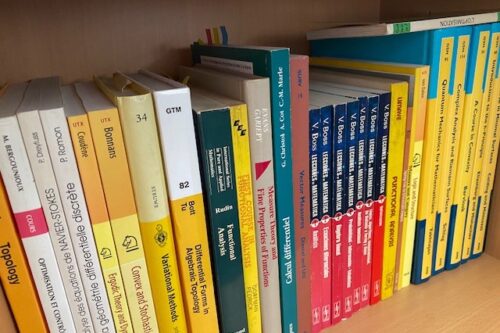 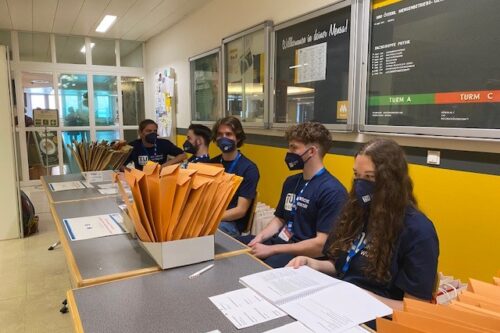 Operations research (OR) is the area of Applied Mathematics devoted to decision-making. This is almost always done by optimizing some criterium (or several criteria, in a Pareto sense), and tightly relates to Optimization theory. Characterizing extreme values and designing efficient algorithms to approximate them is particularly relevant. The corresponding study of iterative schemes often connects with (discrete or continuous) Dynamics (D).

Variational analysis (VA) is a vast domain of mathematics that encompasses Calculus of Variations, Control Systems and Optimization and provides an adequate framework to deal with nonsmooth phenomena. Such phenomena unquestionably prevail operations research: even in cases where a smooth model can be conceived, very basic operations, like taking maxima or value functions, directly destroy smoothness at the points of interest. Therefore, multi-valued functions come into play in both theoretical and practical aspects to remedy this situation. Formalizing optimality conditions in terms of subdifferentials, considering differential inclusions and subgradient dynamics, seeking for viscosity solutions in PDE or using nonsmooth Newton methods for solving nonsmooth systems became part of training in applied mathematics or engineering.

Pathologies, which are omnipresent in Analysis, are often avoided through a recourse to either the convex paradigm (that relates to Applied Functional Analysis) or the tame paradigm (that relates to Real Algebraic and o-minimal Geometry). A central feature of Variational Analysis is its unilateral aspect, which is also part of the very definitions of its main paradigms. Indeed, although convexity and tameness have different origins, they both rely on orientation: convexity is a unilateral theory (graphs and tangent spaces are replaced by epigraphs and tangent cones), while the model–theoretical definition of an o-minimal structure relies on the total order of the field (together with a finiteness property). This leads to the idea that exploring (some form of) asymmetry and controlling cardinality could provide ground for a consistent theory outside the realm of the aforementioned paradigms, that could possibly include stochastic aspects, particularly relevant to recent advances in Optimization under uncertainty and Machine Learning.

Institute for Statistics and Mathematical Methods in Economics

Our website uses cookies to ensure you get the best experience on our website, for analytical purposes, to provide social media features, and for targeted advertising. This it is necessary in order to pass information on to respective service providers. If you would like additional information about cookies on this website, please see our Data Protection Declaration.