Jens Dangschat is Professor Emeritus for Urban and Regional Sociology and Demography at the TU Wien Faculty for Architecture and Planning (1998–2016). An urban sociologist by trade, he is interested in social structures and processes as they relate to (urban) spaces. This includes socioeconomic, sociodemographic and sociocultural inequities as forms of social structuring, but also inequitable (spatial) actions as a differentiating criterion, particularly in the areas of choice of residence location (segregation), mobility and energy consumption. He was President (2009–2011) and Vice President (2011–2013) of the Austrian Association for Sociology (ÖGS) and since 1989, is a full, voting member of the Academy for Territorial Development in the Leibniz Association (Hannover), since 2006, a member of the Federal Foundation of Baukultur convention (Berlin), since 2009, a member of the board of trustees of the vhw – Federal Association for Housing and Urban Development (Berlin), and since 2011, member of the Scientific Advisory Board of the EU Joint Programming Initiative, „More Years, Better Lives“. 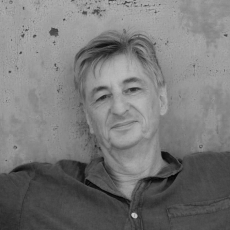 ISBN: 978-3-85448-031-0
Added to cart.
Accept
Decline
This website uses cookies to give you a more comfortable browsing experience. By continuing to use the website, you agree to the use of cookies.OKMore