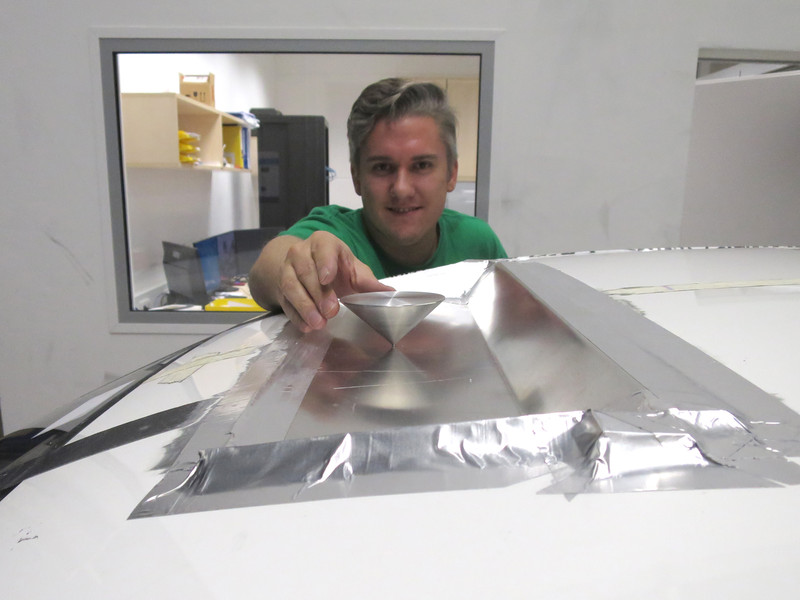 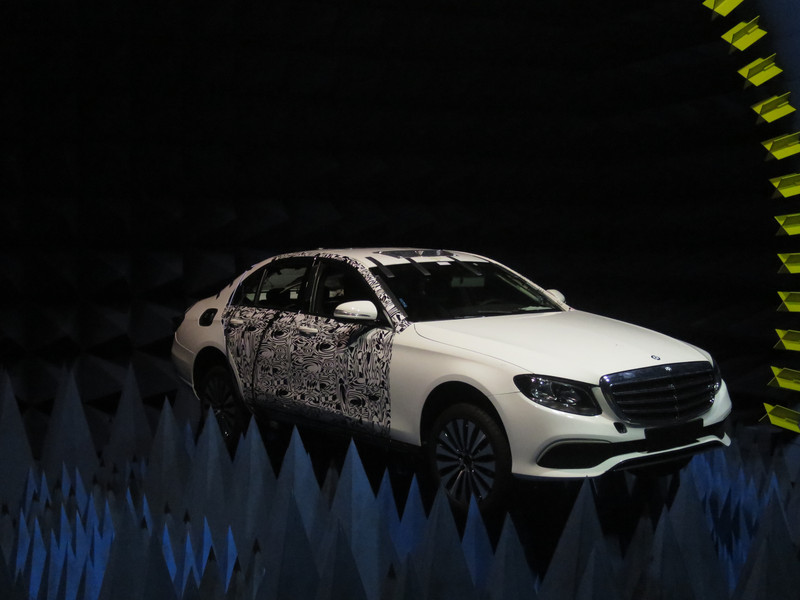 At TU Wien, a special antenna box has been developed that can be integrated into the front area of the car roof. Detailed measurements show that the directionality of wireless signals is very good around cars, and with the new antenna variants cars are extremely well equipped for the wireless requirements of tomorrow.

“In the future, cars will cooperate on the roads” says Gerald Artner. “A car would warn others of hazards, for example of a slippery patch after the next bend in the road.” Communication between cars and fixed infrastructure is also expected, and even the ways in which communication between smartphones and vehicles could be utilised to improve road safety is being considered. With a mobile phone signal, the car could detect a pedestrian before they are even within view.

Gerald Artner constructed an antenna box from carbon-fibre-reinforced polymer material which could be installed in the front part of the roof, close to the windscreen.

“The key question was whether antennas could actually be installed in the car’s roof and whether realistic measurement results across the entire vehicle were still comparable with the laboratory measured values,” says Gerald Artner. In cooperation with the Thüringer Innovationszentrum Mobilität [Thuringian Centre of Innovation in Mobility] at TU Ilmenau in Thuringia, this kind of antenna cavity was built into a car roof for the first time. The entire car was then surveyed in the only research laboratory of its kind in Europe, the Virtual Road Simulation and Test Area (VISTA), in order to identify the resulting radiation patterns.

“As demonstrated, our antenna cavity not only provides more space for a larger number of antennas, but the directionality is also better than a ‘shark fin’ at the rear,” says Artner. “The antennas in the ‘shark fin’ often do not provide high transmission power directly forwards because they are shielded by the curvature of the car roof. Our antenna box gives excellent results right in this direction.”

The results from TU Wien have now been published in the specialist journal ‘IEEE Antennas and Wireless Propagation Letters’: