Considering women as half of the population, their contributions to Science and technology is essential. Since early stage of my undergraduate study, I found that education and research would be essential components in future life.  I have been told that being successful in science is about finding a solution for a scientific question through investigation while doing the most effective time management.  As a female scientist and mother of two sons, I have to perform job responsibility as well as fulfill the family commitments.  I have found that these two in many ways would complement each other and can provide a strong will to perform either of jobs successfully. It can show to society that an educated mother in the field of science and technology not only is a strong asset for industry and research but also a positive point in a family environment as well as whole society. Family members would know that without their support and co-operation it would be difficult for a female scientist to achieve any success and on the other hand they would appreciate her efforts to be a mother as well as a scientist.

I am a physicist whose interest extends to both theoretical and experimental aspects in physics. One of the most appealing features of Physics is Optics. It can provide various paths explaining elegant phenomena that occur in interdisciplinary scientific fields involving imaging procedures such as light sheet based microscopy, the so-called “Ultramicroscopy”. It visualizes small objects by nondestructive optical sectioning with high resolution.
Improving the optical setup producing the light sheet by using complex optical elements is a challenging task.  I am motivated and fascinated by this challenge through analyzing the optical characteristics of individual pieces of the system and their combination and investigating the effects of beam shape in this matter to provide the desired light sheet, theoretically and experimentally.

During my time at Vienna University of Technology, I have worked closely with neurobiologists who provide significant biological questions regarding various samples. They have given me a better perspective regarding the quality of the light sheet required by them in a way to provide clear answer for these biological questions. I have designed two new systems that employ various complex optical elements (such as Axicon, Powell lens, cylindrical and Asylindrical optical elements) to provide light sheet with better optical characteristics. Papers regarding these works and their experimental results are published or under press and a patent has been submitted. In parallel, I work on another project regarding improvement in imaging process (reducing the diffraction and aberration, and improving the resolution) by looking at refractive index mismatch.
These types of researches provide a good round table discussion with my husband who does his Ph.D. in TUWIEN and my two sons providing a better family connection. 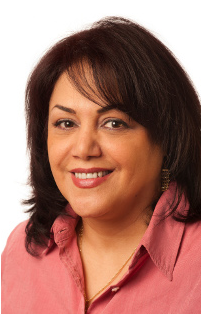