An institutional analysis of planning and implementation 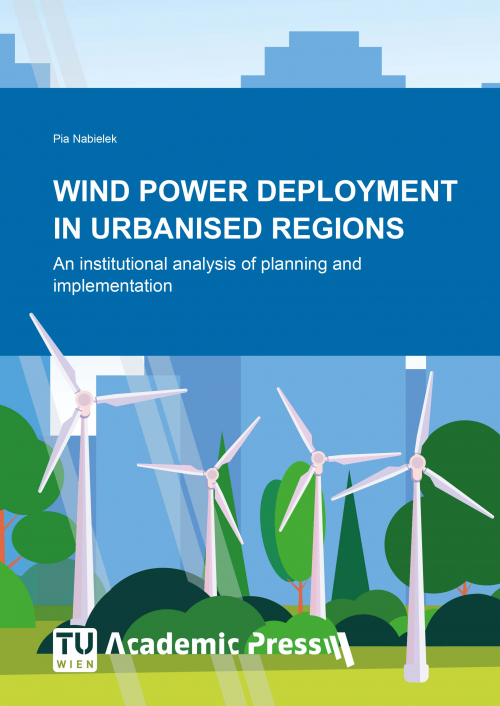 There is a palpable tension between the planning and implementation of climate targets, for instance as regards renewable energy resources — among which wind power plays a significant role. This tension comes to the fore when assessing the effectiveness of spatial planning approaches to the deployment of wind energy. Planning approaches to wind power are evaluated in three European urbanised regions: South Holland (Netherlands), Lower Austria (Austria) and East Flanders (Belgium). Each region has adopted wind energy targets and introduced zoned areas in its regional planning agenda.

The theory of ‘new institutionalism’ and the comparative case study method are the two pillars of this investigation. Zoning may be considered as a form of institutional design, for the introduction of zoned areas not only determines the territorial spread of wind turbines, but also configures socio-organisational entities and actors involved in implementation (developers, local residents, consultants, and public authorities). The comparative approach demonstrates that planning choices in the three case studies often yield to the concerns of higher governance levels, clearly prioritising energy policy goals above local, contextual values. In consequence, ‘zones for wind energy’ do not always gain public acceptance at the local level.

Indeed, the foundation for locally supported wind energy zones is laid down in the planning process itself. This process has the potential to institutionalise a trade-off between collective purposes at a higher governance level and locally changing contexts and values. On the other hand, planning agents need to be more aware of path dependencies in spatial decisions concerning renewable energy. One of the wider implications of the planning approaches studied is that they restrict, rather than promote development. Thus, when zoned areas had to be redrawn, local opposition or ‘unwillingness’ seriously restricted the amount of leeway for reaching a consensus about alternative locations. The reason was that the formal planning exercise (zoning wind energy) implied more than an impartial territorial designation: it also communicated social consensus on land-use decisions of ´where wind turbines would come´ and ´where they would not´.

Read as an E-Book

This work is licensed under the Creative Commons Attribution License 4.0 (CC BY 4.0) https://creativecommons.org/licenses/by/4.0/

Read as an E-Book

This work is licensed under the Creative Commons Attribution License 4.0 (CC BY 4.0) https://creativecommons.org/licenses/by/4.0/

January 2020
Added to cart.
Accept
Decline
This website uses cookies to give you a more comfortable browsing experience. By continuing to use the website, you agree to the use of cookies.OKMore